The greatest scholar of the 14th century 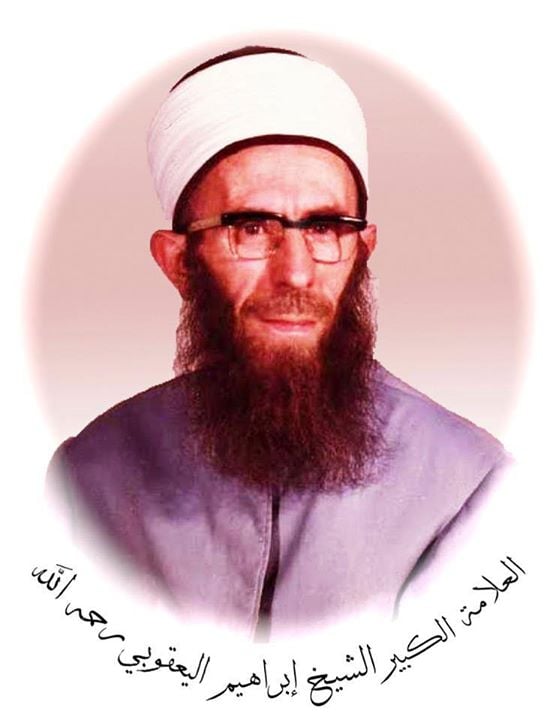 Great scholars testified that they had never heard of anyone in the past 400 years similar to Shaykh Ibrahim al-Yaqoubi in his vast and deep knowledge, in his sharp mind and in his dedication to teaching.

The greatest scholar and teacher I have seen throughout my life is my father, Shaykh Ibrahim al-Yaqoubi (d. 1406), may Allah have mercy upon him. Great scholars testified that they had never heard of anyone in the past 400 years similar to him in his vast and deep knowledge, in his sharp mind and in his dedication to teaching.

Due to his mastery of the hanafi fiqh he was called “the little Abu Hanifah”. He was a master of the Maliki fiqh too. The toughest cases that the Muftis around the country face were sent to him. He was a master of the Arabic sciences and a gifted poet. He was a great man of Allah whose miracles are still fresh and circulated on the tongues of the people of Damascus. Most of his peers who later became famous, were his students and took ijaza from him. His teachers would consult him on the toughest issues they come across. He had a sharp mind, a strong memory and a pure heart empty from all other than Allah. He memorised multi-volume books like al-Hidayah, the Hashiya of ibn Abideen, Mughni al-Labib, al-Futoohāt al-Makkiyyah, beside a few dozens of books such as Mukhtasar Khalil and Mukhtasar al-Qudouri, Maqamat al-Hariri, diwan al-Hamasah of Abu Tammām, and over 30.000 lines of didactic poems. He was capable of dictating 40 books in 40 disciplines from his memory.

I studied with him over 500 books, some are multi-volumes, all documented by name, date and place. I accompanied him (since I was five) for 18 years a serious student and a dedicated servant. The greatest scholars of his time as little students compared to him, I still have not seen anyone at his level in knowledge and devotion, nor did he see anyone similar to himself. Any good in my me is from him, as I did not study under other than him.  There is hardly any scholar who fully produced another scholar like what he did.

The Morning of his wedding

On the morning after his the night of his wedding, some of his students did not show up for the daily lecture after fajr, but he was there at the Umayyad Mosque, leading the prayer and waiting for them. Those who regularly attend the prayer in the mosque were surprised to see him lead the prayer and sit afterward to give the dars.

When his baby son died

In 1965, one of his children, a baby boy called Burhanuddin was ill and died in the early morning, an hour later he had a regular lecture at the his home. So, he brought the baby to the guest room, laid it down and covered it, as though the baby was sleeping, the students arrived and he delivered the lecture and no one noticed anything. At the end, he said to them, my baby son died this morning, if you would like to follow after his funeral.

Beside all of this, he was an ascetic, a man of unmatched humility and generosity, his dua were answered. People sought his blessings; the shops he enters will flourish and the homes he visits will be prosperous. He was not famous amongst the common, but he was known amongst scholars and famous amongst the angels and his students from the Jinn were more than his students from mankind. His grave is a place were dua is answered.

In one word, “In his company I was in al-Jannah”.

May Allah have mercy on the great scholar of the 14th century, Shaykh Ibrahim al-Yaqoubi.